I’m regularly “guilty” of this, referring to Corbyn/Trump (delete as inapplicable), so I thought I’d make a point.

Sure, they are apparently at opposite extremes of the right-left spectrum, but as is often pointed out historically fascism has existed at both extremes. The tendencies to fascism are the same however; demagoguery appealing to prejudice, personality cult, appealing to the kind of motherhood and apple-pie that you know your audience likes and demonising your opponents:

An extensive post-note here picking-up on a Twitter dialogue in response to the original post above. Take note:

90% Preamble and Meta-Content – NOT THE POINT OF THE POST

My interlocutor here is @contronline – a young fella I happen to have met, a human individual for whom I have empathy, but he plies his trade anonymously on-line with zero bio & opaque identity.

I’m picking on him here as my example – a stereotype to exemplify my argument. I can’t fail to offend/patronise (delete as inapplicable) but this is pre-amble/meta – ie not my point or intent. As Leibnitz was to Voltaire he’s just the unfortunate that put his head above the parapet and became a target. Good news is we ended our twitter dialogue on friendly respectful terms – and that is very much part of the actual content / point / intent below.

The whole twitter dialogue is captured below in posted order reading from the top, but I’m quoting from it in the order logical to my case.

He may have misunderstood the point of my post? Sure, that’s a given for any interpersonal communication that doesn’t already have a shared history of understanding. Understanding is about dialogue. “Critical thinking” moves too quickly beyond this, into the scientific realm of finding fault. [Dennett / Rappaport] We actually had a pretty good dialogue; as good as 140 chars permits anyway. These notes re-cast / continue that dialogue I hope.

Why did I choose the word fascist? I didn’t really. Obviously it’s there because that is the implied target of the objection in the Corbyn original “don’t compare me to Trump (who is a fascist and I’m not)” and in the media traffic on that topic. It’s why “don’t compare me to Trump” is a thing. @contronline objecting to my use of the word is simply the same as the point I was questioning – a re-statement of where I was starting “don’t compare Corbyn with a (despicable) fascist”. 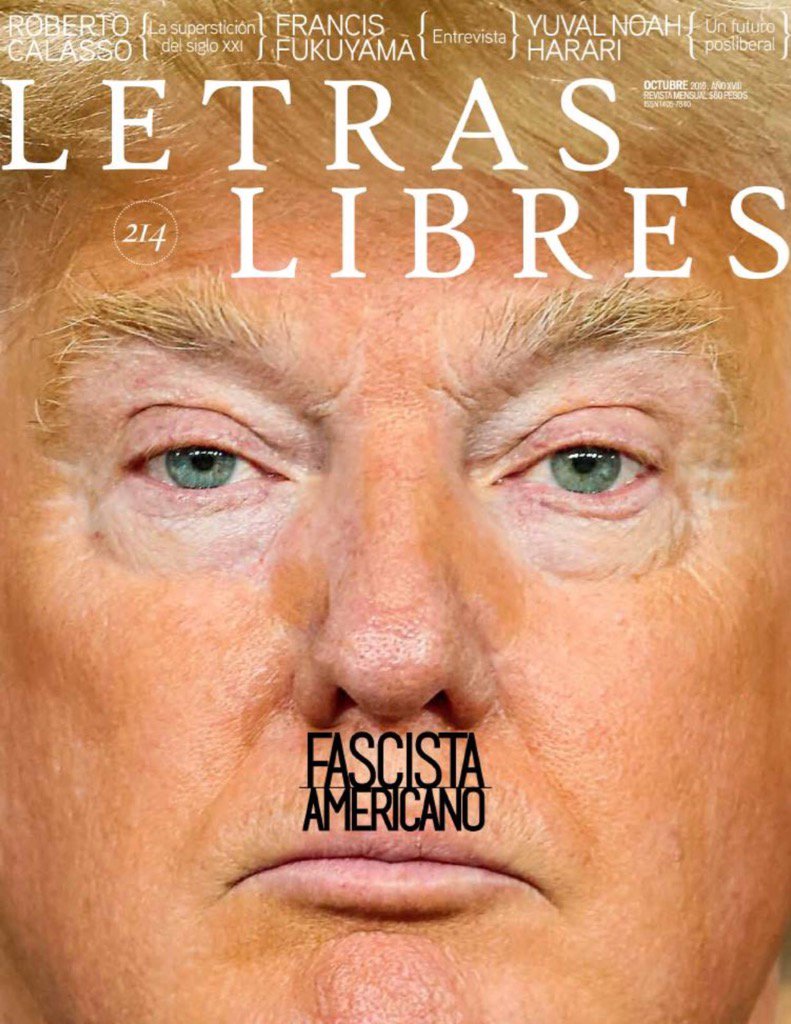 @contronline responded with a definitional objection, and provided his own preferred definition. Slippery “semantic” road here, I suggested. Incidentally I disagree with his suggested definition, it’s closer to Nazism than Fascism, the latter being a superset of the former (IMHO), BUT definition should be retrospective to any dialogue. Sure we have working understanding of words in mind whilst communicating, but they are loose working definitions to work around, until we can document tightly in shared agreement. [Dennett, again] Labelling is always political – identity politics – except in truly “objectve” contexts.

I could have chosen a different word – it was only the implied idea I was using, after all – the “despicable” qualities of “the other guy (not me)”. In fact I tried substituting fascism with purpleness and the point still makes sense, only one clause becomes meaningless and could be deleted. (NB Swift chose little-enders, Orwell chose pigs).

So the idea I’m talking about, the idea about which we are disagreeing a definitive word for is maybe “despicable-otherness”? (I’m not of course interested in agreeing dictionary definitions, at least it is not the point of my post – hopefully obviously so even without all this clarification.)

The point still is:

… tendencies to “despicable otherness”;
demagoguery appealing to prejudice, personality cult, appealing to the kind of motherhood and apple-pie that you know your current audience likes, demonising your opponents (and established predecessors) – those despicable Blairites/Tories/Mexicans (delete as inapplicable).

If @contronline really does agree with that, because Corbyn and Trump are both politicians, and such general statements are true of all politicians as he suggested, the we do indeed have my point. A really important point. We need politics (and governance generally) that doesn’t have those qualities – whichever “side” you’re on in any disagreement or difference of opinion.

Of course you or @contronline may not agree with that entirely either, but let’s make sure we synthesise the content of the actual ideas, not the labels.

[Response from @contronline (also in comments below).
Seems we achieved common understanding. Thanks.]

[Post Note – Piece from Jess Phillips earlier in the year. The Drip, Drip, Drip of Otherness.]

@contronline Read my lips “not calling Corbyn a fascist” 😉

@contronline But then we’re just into a semantic debate about your definition of ther word (fascism) … and whether it matters to my point.

@psybertron partly I suppose. It seems to me that the definition you’re using is wide enough to include any political leader though.

@contronline I’m not using *any* definition. I chose my own words … I *may* add some post notes to clarify the obvious / unsaid / givens.

@psybertron yes, you chose the word fascism. I’m (respectfully) suggesting that I don’t think that word is useful/ appropriate here

@contronline And my point is, it’s the only word (of mine) you’re talking about. If I add clarifying notes may have to use you as example?

@contronline No problem. Thanks for dialogue.

One thought on “Corbyn – Don’t Compare me to Trump”