Capturing this neat summary, NOT for the decade long Sex vs Gender blip of 21st C insanity, but for the millennia old fact that men and women do have archetypically different brains & minds as well as biological bodies. “Vive la Difference” as I keep referring to it.

Facts are not normative, everything and anything has their own individual evolutionary genetic and conception-to-grave biological & memetic development life trajectory and choices. But facts – statistically significant differences – are worth understanding.

“The term “sexual dimorphism” in neuroscience does NOT refer to two distinct types of brains (M v F). Instead, “sexual dimorphism” refers to any statistically significant difference between the sexes that only differs on average with lots of overlap (see below):”

The term “sexual dimorphism” in neuroscience does NOT refer to two distinct types of brains (M v F). Instead, “sexual dimorphism” refers to any statistically significant difference between the sexes that only differs on average with lots of overlap (see below): pic.twitter.com/VMF7bsEbcH 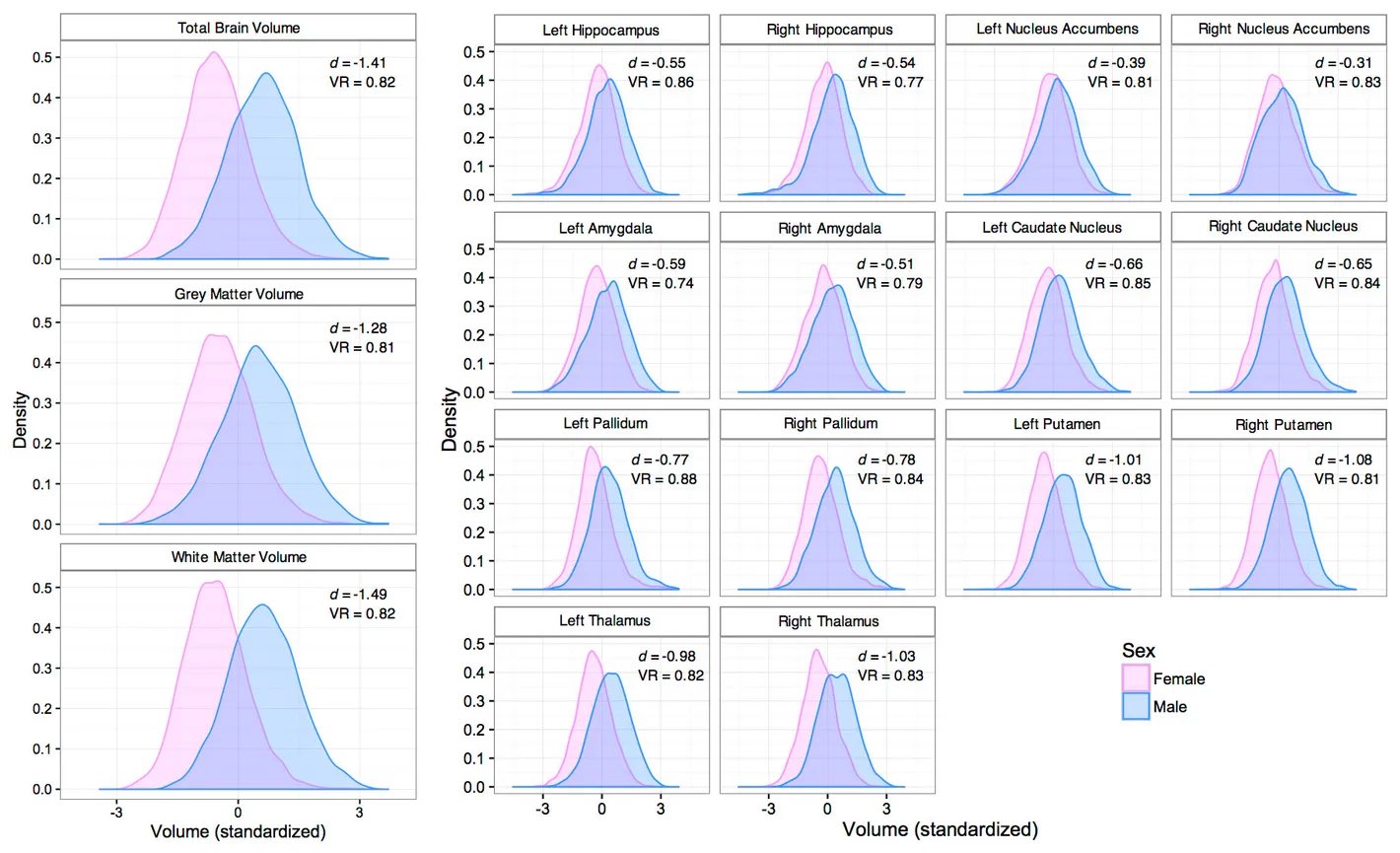 The main omission in this set of example (nevertheless true) differences is that it focusses on quantities & sizes of things & stuff (brain parts). When it comes to minds & brains the balance of connectivities (connectome relations, and the dynamic making of such connections) counts for a lot more. (Some of the key sex differences for example are in corpus-callosum connections between the hemispheres – McGilchrist.)

[Maybe “Sammy” @NeuroSGS has that data too? And surely it would be better if – after the gross “size” difference – the relative component differences were normalised for actual gross size?]

“Objective scientific types tend to hate circular logic. But such logic is good clue that it’s wrong to focus on objects when reality is made of dynamic relations.” @Psybertron (standalone) Tweet

And, since it’s topical (from yesterday’s “ECO” post) Kevin Mitchell driving some great “Systems Thinking” dialogue on Twitter again (the threads above and below this tweet):

Absolutely. Many on the “applied” side of ST (like many “scientists”) don’t worry too much about the philosophical underpinnings, but the convergence is there too. “Foregrounding of relations” is a good summary.

Part of my
“Nothing (very little) New Under The Sun”
adage 🙂

And, I should add, “isomorphism” is one of the key aspects of systems thinking. Extrapolation between levels – same but different – always.